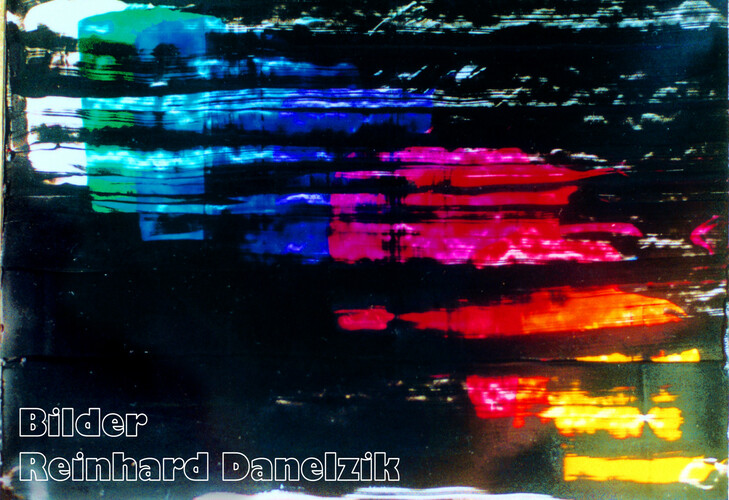 The first novel by John Updike, which I have read was "Couples". I found the book browsing through the shelf of English-language literature at Baedeker. The trigger to buy was the title illustration, a pair of lovers, adulterous, which of course could only be deduced by reading, so realistically drawn like Norman Rockwell drawing. This was the beginning of a lasting friendship with an author, known only by his work. A whole life’s work is quickly read and you are waiting for the next book. John Updike is able, as I haven’t found with any other author, to create dialogues, to weave inner monologue accurately represent emotions and body language, and, what is often overlooked, builds up tension without spectacle.

What has this to do with the painting? Concerning what is to be seen, nothing. But it has been created, as the "rabbit" tetralogy, in stages. I painted the center panel first, before I had read anything by John Updike. The extension on four panels I have undertaken for purely artistic reasons. I've dedicated the painting John Updike, when it took on its current form. I haven't yet taken a decision whether to expand it or not. The idea was to produce a circular gradient from white on colorful to black. The entire area is covered by a grid with fields of 1 cm². This is overlain by rings of equal width, which have a common center. For each circle ring I set a specific sequence of colors. Then the painting began.

Not with colors, but only with pencil written numbers as code for colors on a scale 1:1 large paper plan. I applied two rules. Starting in the middle I wrote the numbers spirally around each other, but only in horizontal or vertical direction, no diagonal moves. If I found myself within a circular ring, so the color string specified for this circular ring was lined ever and ever again. After crossing a boundary to the next ring, the according color string was applied. The second rule stated that two colored fields mustn’t be placed side by side. If this event occurred, and it was not uncommon, I changed the order of the colors in this place. When painting with colors I was surprised by the result. The locally varying patterns as well as the tension between the sequences running vertically and horizontally and the circular gradient, which make this painting lively.

I placed nine piles of ink on the printing plate. Each pile consisted of nine primary and secondary colors. The sequence of colors changed from pile to pile by one position. On this I put an acrylic pane and additionally some chipboard panes to reinforce. On this sandwich, I put four pallets paper with a total weight of about three tons, and let the pressure work for several weeks. Most of the color was squeezed out. The rest was the image.